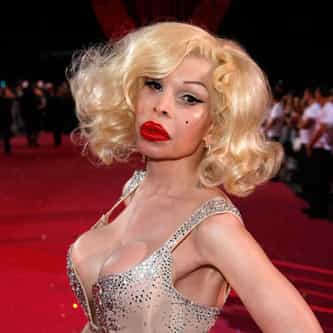 Amanda Lepore (born November 21, 1967) is an American transgender model, celebutante, singer, and performance artist. A former Club Kid, she has appeared in advertising for numerous companies. Lepore is also noted as a regular subject in photographer David LaChapelle's work, serving as his muse, as well as many other photographers, such as Terry Richardson and Ruben van Schalm. She participated in LaChapelle's Artists and Prostitutes 1985–2005 exhibit in New York City, where she ... more on Wikipedia

Amanda Lepore IS LISTED ON