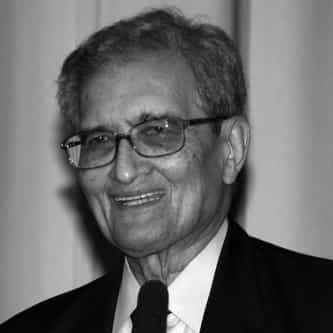 Amartya Kumar Sen, (Bengali: [ˈɔmort:o ˈʃen]; born 3 November 1933) is an Indian economist and philosopher, who since 1972 has taught and worked in India, the United Kingdom, and the United States. Sen has made contributions to welfare economics, social choice theory, economic and social justice, economic theories of famines, and indices of the measure of well-being of citizens of developing countries. He is the Thomas W. Lamont University Professor at Harvard University and member of ... more on Wikipedia

Amartya Sen IS LISTED ON