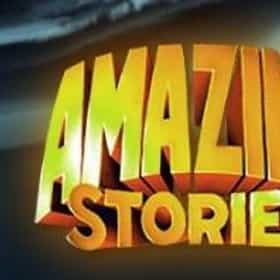 Amazing Stories is a fantasy, horror, and science fiction television anthology series created by Steven Spielberg. It ran on NBC from 1985 to 1987, and in 1992 was somewhat erratically screened in Britain by BBC1 and BBC2 - billed in the Radio Times as "Steven Spielberg's Amazing Stories" - with episodes airing at any time from early on Sunday morning to weekday evenings to very late at night; it later received a more coherent run on Sci-Fi. The series was nominated for 12 Emmy Awards and won five. The first season episode "The Amazing Falsworth" earned writer Mick Garris an Edgar Award for Best Episode in a TV Series. It was not a ratings hit, however, and the ... more on Wikipedia

Amazing Stories is ranked on...

Amazing Stories is also found on...