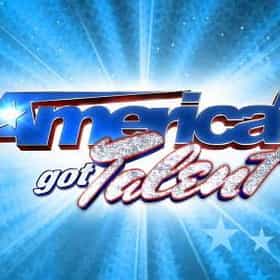 America's Got Talent is an American reality television series on the NBC television network, and part of the global British Got Talent franchise. It is a talent show that features singers, dancers, magicians, comedians, and other performers of all ages competing for the advertised top prize of one million dollars. The show debuted in June 2006 for the summer television season. From season three onwards, the prize includes the one million dollars, payable in a financial annuity over 40 years, and a chance to headline a show on the Las Vegas Strip. Among its significant features is that it gives an opportunity to talented amateurs or unknown performers, with the results decided by an ... more on Wikipedia

lists about America's Got Talent

America's Got Talent is ranked on...

#398 of 2,296 The Greatest TV Shows Of All Time 1.4M VOTES Choosing the best TV shows of all time means taking into account the best TV dramas, the best TV comedies, the best cartoons...
#62 of 128 The Best TV Shows Returning In 2020 13.8k VOTES The best TV shows returning in 2020 are a mix of long-awaited series finales, canceled shows that have been renewe...
#4 of 135 The Best Reality Competition Series 74.5k VOTES The best reality TV competition series, ranked by fans and critics. Reality shows are among the most-watched programs on TV,...
#19 of 44 Reality Shows That Involve Actual Skill 10.5k VOTES Ever come across one of those reality shows that you found strangely addicting, whether or not you’re tend to love or hate r...
#1 of 29 The Best "American" TV Shows 1.2k VOTES America! The red white and blue and television shows. That is the saying, right? In any case, there are lots of American TV ...
#4 of 22 The Reality Shows You Would Most Want to Win 6k VOTES You can't turn on the TV these days without accidentally running into an epic reality competition show. From dancing and sin...
#6 of 30 What to Watch If You Love 'MasterChef' 116 VOTES MasterChef kept viewers on the edge of their seats as home chefs compete for a $250,000 prize, so it's no surprise that you’...
#11 of 25 Current Reality Shows You Wish You Were On 957 VOTES Reality television can be a weird thing. In many cases, being the star of a reality TV show puts the stars under heavy scrut...
#36 of 63 The Most Anticipated Summer 2013 TV Shows 11.1k VOTES The most anticipated summer 2013 TV shows include several returning series that consistently attract millions of viewers, bu...
#3 of 85 The Best Reality Shows Currently on TV 46.2k VOTES What are the best reality shows on right now ? Are you a Real Housewives faithful or are you totally into reality shows set ...
#4 of 24 The Most Exciting Reality Competition Shows in 2019 451 VOTES The most exciting reality competition TV shows new or ongoing in 2019 are some of the most fun and entertaining to watch on ...
#80 of 476 The Best Television Shows of the 2000s 145.7k VOTES Some great TV shows came out of the 2000s, while some have even lived on. Here's a list of the best shows that aired from 20...
#1 of 44 The Best Talent Shows Ever on TV 10.2k VOTES The best talent shows on TV can expose the world to hidden talent and give people new careers. For example, Susan Boyle beca...
#15 of 50 The Most Exciting Reality Competition Shows Ever Made 300 VOTES The best reality competition TV shows ever aired are some of the most exciting and competitive series to watch on telev...
#26 of 31 The Most Relaxing TV Shows In 2020 332 VOTES Sure, episodes of Law & Order and Grey’s Anatomy are great, but sometimes police procedurals and fatal illnesses are&nbs...
#3 of 8 The Best Simon Cowell Shows 50 VOTES Simon Cowell has become one of the most recognizable figures in reality television. American audiences were first introduced...

America's Got Talent is also found on...