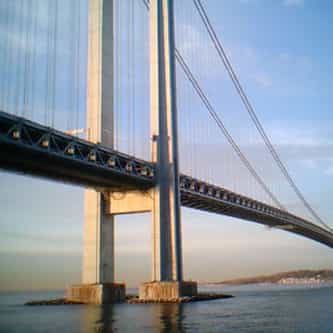 The American Bridge Company is a civil engineering firm that specializes in building and renovating bridges and other large civil engineering projects. Founded in 1900, the company is headquartered in Coraopolis, Pennsylvania, a suburb of Pittsburgh. The firm has built many bridges in the U.S. and elsewhere; the Historic American Engineering Record notes at least 81. American Bridge has also built or helped build the Willis Tower, the Empire State Building, the Chrysler Building, launch ... more on Wikipedia