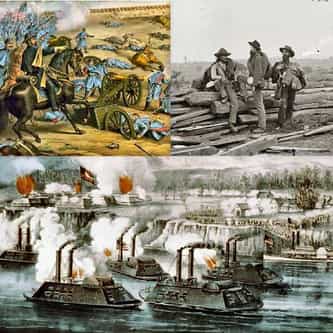 The American Civil War, widely known in the United States as simply the Civil War as well as other sectional names, was a civil war fought from 1861 to 1865 to determine the survival of the Union or independence for the Confederacy. Among the 34 states as of January 1861, seven Southern slave states individually declared their secession from the United States and formed the Confederate States of America, known as the "Confederacy" or the "South". They grew to include ... more on Wikipedia

American Civil War IS LISTED ON