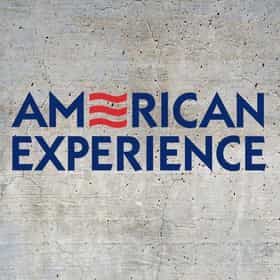 American Experience is a television program airing on the Public Broadcasting Service Public television stations in the United States. The program airs documentaries, many of which have won awards, about important or interesting events and people in American history. A trademark of the series is its ability to take lesser-known events in history, such as the history of Coney Island or Tupperware, and expand on the topic, showing how that event reflected larger, more important themes in American culture or society. The series premiered on October 4, 1988, and was originally titled The American Experience, although the article "The" was dropped during a later brand and image ... more on Wikipedia

American Experience is ranked on...

#338 of 395 TV Shows That Only Smart People Appreciate 1.3M VOTES Since about the early 2000s, TV audiences have been blessed with what many experts call The Golden Age of Television. In oth...
#19 of 29 The Most Relaxing TV Shows In 2019 309 VOTES Looking for the best 2019 relaxing series? Sure you are. Because there really are some nights when everyone needs to just li...
#23 of 44 The Best Documentary Films On Amazon Prime 15.2k VOTES The best documentary movies on Amazon Prime is a complete Amazon Prime streaming list for your perusal. All the best documen...
#9 of 98 The Best Non-fiction TV Shows 1k VOTES The very best non-fiction shows on television, ranked from best to worst. This list of the greatest non-fiction shows also i...
#7 of 28 The Best Documentary Shows On Amazon Prime 133 VOTES It must be nice having an Amazon Prime membership. Access to free shipping and a range of movies and television—what mo...
#13 of 20 The Best Biographical Documentary Series 25 VOTES The best television documentary biographies are as engaging as a scripted series, while also sharing real lives. The best bi...

American Experience is also found on...