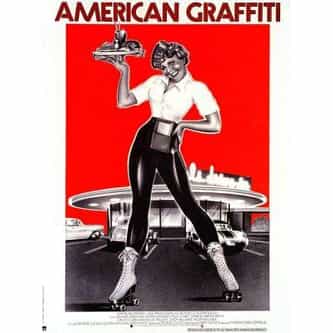 Tagline
Where were you in '62?

American Graffiti is a 1973 American coming of age comedy-drama film directed and co-written by George Lucas starring Richard Dreyfuss, Ron Howard, Paul Le Mat, Harrison Ford, Charles Martin Smith, Cindy Williams, Candy Clark, Mackenzie Phillips and Wolfman Jack; Suzanne Somers has a cameo as the blonde in the T-bird. Set in 1962 Modesto, California, the film is a study of the cruising and rock and roll cultures popular among the post–WWII baby boom generation. The film is told in a series ... more on Wikipedia

American Graffiti IS LISTED ON