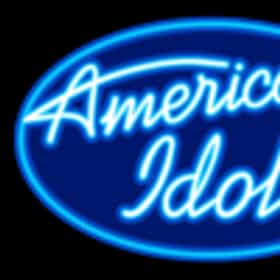 American Idol is an American singing competition series created by Simon Fuller and produced by 19 Entertainment, and is distributed by FremantleMedia North America. It began airing on Fox on June 11, 2002, as an addition to the Idols format based on the British series Pop Idol and has since become one of the most successful shows in the history of American television. For an unprecedented eight consecutive years, from the 2003–04 television season through the 2010–11 season, either its performance or result show had been ranked number one in U.S. television ratings. The concept of the series is to find new solo recording artists, with the winner being determined by the viewers in ... more on Wikipedia

American Idol is ranked on...

#244 of 571 Things That Are Not As Cool As People Think They Are 1.1M VOTES Jorts are the dumbest things I've ever seen. Next to Toms shoes. Next to the Toyota Prius. Next to d-bags taking pictures of...
#2 of 290 The Most Overrated TV Shows Of All Time 546.4k VOTES List of the most overrated TV shows of all time, ranked by fans, critics, and people like you. Ever since the dawn of the ...
#378 of 483 The Funniest TV Shows of All Time 533.4k VOTES   The funniest TV shows ever range from some of the best TV shows of recent memory to some of the best TV shows of al...
#51 of 52 The Best Feel-Good TV Shows 3.7k VOTES You’ve had a bad day and just want to put the TV on and forget your troubles. These positive TV shows should do the trick. M...
#73 of 139 The Dumbest Reality Shows of All Time 94.4k VOTES Reality shows are stupid. No one's really denying it at this point. Yet they continue to prove massively popular - if arguab...
#32 of 254 People who voted for American Idol... also upvote Harry Potter Franchise on The Best Movies of All Time also upvote Ice Age Franchise on The Best Animated Films Ever The Best Reality TV Shows Ever 168.3k VOTES This is a list of the best reality TV shows on television, the most (often shamefully) addictive reality TV series. From g...
#21 of 47 The Best TV Shows That Were Canceled in 2015-2016 12.8k VOTES TV Shows come and go every year, but sometimes losing a certain show hurts more than others. It's a natural thing, the circl...
#29 of 135 The Best Reality Competition Series 74.7k VOTES The best reality TV competition series, ranked by fans and critics. Reality shows are among the most-watched programs on TV,...
#32 of 44 Reality Shows That Involve Actual Skill 10.5k VOTES Ever come across one of those reality shows that you found strangely addicting, whether or not you’re tend to love or hate r...
#140 of 144 The Best TV Shows of 2014 5.8k VOTES The best TV shows, 2014 edition. What was your favorite TV show of 2014? 2014 was a great year for television, from Game of ...
#100 of 149 The Best TV Shows of 2013 34.6k VOTES Best TV shows of 2013 include some of the greatest television shows of all time and serve to remind us that we are, in fact,...
#13 of 44 The Best American Versions of British Shows 1.3k VOTES This list contains information on the best American versions of British shows, ranked from best to worst by user votes. Over...
#2 of 31 What to Watch If You Love 'America's Got Talent' 86 VOTES America's Got Talent kept viewers on the edge of their seats with the real-life excitement of people achieving their dreams,...
#22 of 60 The Best Reality TV Shows In 2019 2.9k VOTES UPDATED: Check out The Best Reality TV Shows of 2020! Not only are there lots of new reality TV shows premiering...
#29 of 31 The Most Stressful Reality Shows In 2019 196 VOTES Let's face it, a list of stressful reality shows in 2019 is also bound to be a list of shows that many of us will totally sh...
#13 of 27 The Best Creative Skill Reality Series Ever 129 VOTES Have you ever wondered what kinds of secret skills your friend might be hiding? If you learn your loved ones have a certain ...
#17 of 41 The Best Fox Reality TV Shows 363 VOTES Fox is known for putting out some great reality TV. Love it or hate it, reality shows on Fox have a way of getting attention...
#3 of 50 The Most Exciting Reality Competition Shows Ever Made 301 VOTES The best reality competition TV shows ever aired are some of the most exciting and competitive series to watch on telev...
#1 of 8 The Best Simon Cowell Shows 51 VOTES Simon Cowell has become one of the most recognizable figures in reality television. American audiences were first introduced...

American Idol is also found on...

Longest Running Reality TV Shows in the US