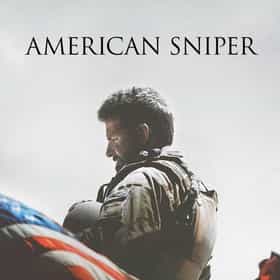 American Sniper is a 2014 American biographical drama film directed by Clint Eastwood and written by Jason Hall. It is based on the book American Sniper: The Autobiography of the Most Lethal Sniper in U.S. Military History by Chris Kyle, with Scott McEwen and Jim DeFelice. The film follows the life of Kyle, who became the deadliest marksman in U.S. military history with 255 lives taken from four tours in Iraq, 160 of which were officially confirmed by the Department of Defense. ... more on Wikipedia

American Sniper is ranked on...

American Sniper is also found on...