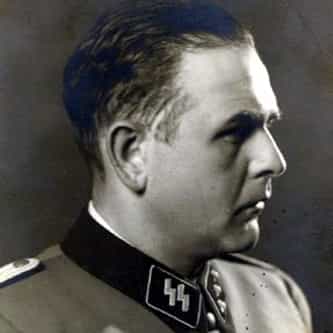 "Göth" and "Goeth" redirect here; see Goeth (surname) for a discussion of this and related surnames.Amon Leopold Göth (pronounced [ˈɡøːt]; alternative spelling Goeth; 11 December 1908 – 13 September 1946; audio ) was an Austrian SS functionary during the Nazi era and war criminal. He served as the commandant of the Kraków-Płaszów concentration camp in Płaszów in German-occupied Poland for most of the camp's existence during World ... more on Wikipedia

Amon Goeth IS LISTED ON

119.8k VIEWS The 12 Most Brutal War Criminals Throughout History (And The Punishments They Got)
Famous People Who Died by Hanging Famous People From Austria List of Famous Army Officers