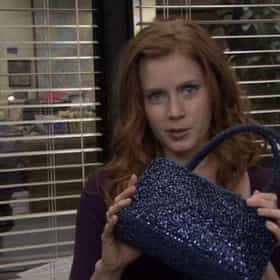 Amy Lou Adams (born August 20, 1974) is an American actress. Known for both her comedic and dramatic performances, she has been featured three times in annual rankings of the highest-paid actresses in the world. Her accolades include two Golden Globes, and nominations for six Academy Awards and seven British Academy Film Awards. Born in Vicenza, Italy, and raised in Castle Rock, Colorado, Adams is the fourth of seven siblings. She trained to be a ballerina, but at age 18, she found musical theater a better fit, and from 1994 to 1998, she worked in dinner theater. She made her feature film debut with a supporting part in the 1999 satire Drop Dead Gorgeous. After moving to Los Angeles, ... more on Wikipedia

16 Things You Didn't Know About Amy Adams 4.5k views Amy Adams has a diverse grouping of film credits to her name, including turns in Enchanted, Doubt, The Fighter, Arrival, The...
The Best Amy Adams Movies 4.8k votes The best Amy Adams movies of all time prove that she’s one of the top actresses of her generation. Since the early 2000s, sh...
The Best Amy Adams Characters of All Time 2.4k votes List of Amy Adams characters, ordered from best to worst along with movie trailers when available. These characters are in o...

Amy Adams is ranked on...

Amy Adams is also found on...