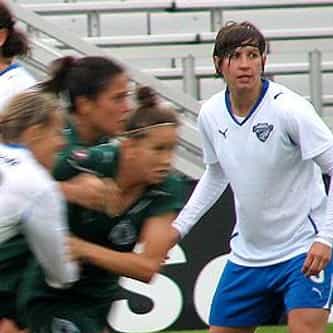 Amy Elizabeth LePeilbet (born March 12, 1982) is a retired American professional soccer defender who played for FC Kansas City in the National Women's Soccer League and was a member of the United States women's national soccer team. She was an Olympic gold medalist at the 2012 London Olympics and a silver medalist at the 2011 FIFA Women's World Cup. LePeilbet is currently the second assistant coach with the Utah Royals in the NWSL and she is also the head coach of the Utah Royals FC ... more on Wikipedia

Amy LePeilbet IS LISTED ON