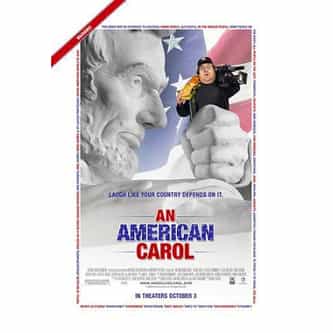 An American Carol is a 2008 American comedy film directed by David Zucker and starring Kevin Farley. In some other countries the film is known as Big Fat Important Movie. Presented from a conservative-leaning perspective, the film is a parody of liberal filmmaker Michael Moore that "lampoons contemporary American culture, particularly Hollywood." It uses the framework of A Christmas Carol but moves the setting of the story from Christmas to Independence Day. The screenplay is ... more on Wikipedia

An American Carol IS LISTED ON