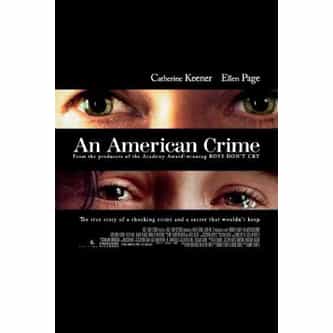 An American Crime is a 2007 American crime-drama film starring Ellen Page and Catherine Keener. The film is based on the true story of the torture and murder of Sylvia Likens by Indianapolis housewife Gertrude Baniszewski. It premiered at the 2007 Sundance Film Festival. Because of internal problems with the film's original distributor, First Look International, the film was not released theatrically. The Showtime television network officially premiered An American Crime on May 10, 2008. ... more on Wikipedia

An American Crime IS LISTED ON