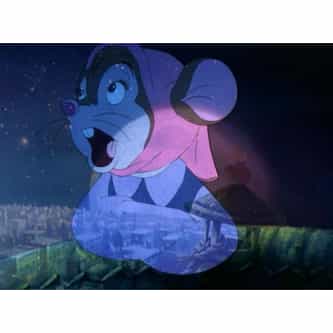 An American Tail is a 1986 American animated musical adventure film directed by Don Bluth and produced by Sullivan Bluth Studios and Amblin Entertainment. The film tells the story of Fievel Mousekewitz and his family as they immigrate from Russia to the United States for freedom. However, Fievel gets lost and must find a way to reunite with his family. The film was released on November 21, 1986. ... more on Wikipedia

An American Tail IS LISTED ON