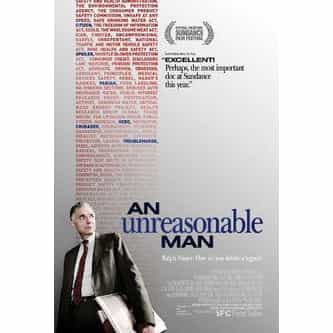 An Unreasonable Man is a 2006 documentary film that traces the life and career of political activist Ralph Nader, the founder of modern consumer protection in America and perennial presidential candidate. The film was created to defend Nader and restore his reputation after his controversial role in the 2000 U.S. presidential election The first half of the film examines Nader's advocacy for auto safety features, such as federally mandated seat belts and air bags, as well as his rise to ... more on Wikipedia

An Unreasonable Man IS LISTED ON