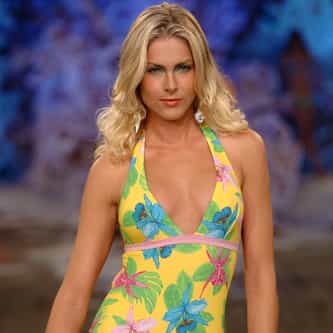 Ana Lúcia Hickmann (Brazilian Portuguese: [ˈɐ.nɐ ikˈmɐ̃]; born March 1, 1981) is a Brazilian model, TV host and businesswoman who has worked for Victoria's Secret, Nivea, L'Oreal, Wella, Clairol and Bloomingdales. She has appeared in the South African version of the Sports Illustrated Swimsuit Issue, on the Italian version of GQ, and on the covers of Brazilian Vogue, Marie Claire, and Elle. She currently co-hosts a daytime TV show in Brazil and owns her own clothing, jewellery, ... more on Wikipedia

Ana Hickmann IS LISTED ON