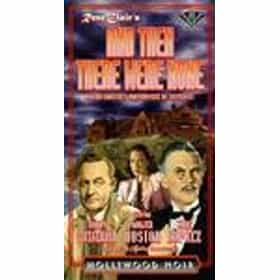 And Then There Were None is a 1945 film adaptation of Agatha Christie's best-selling mystery novel of the same name and is directed by René Clair. In the UK it had the title "Ten Little Niggers". The film changes certain characters' names and adheres to the ending of the stage play rather than that of the novel. The cast featured Barry Fitzgerald, Walter Huston, Louis Hayward, Roland Young, June Duprez, Mischa Auer, C. Aubrey Smith, Judith Anderson, Richard Haydn and Queenie Leonard as the people stranded on the island. The film won the Golden Leopard at the Locarno International Film Festival. Though it was produced by a major studio, 20th Century Fox, the copyright ... more on Wikipedia

And Then There Were None is ranked on...