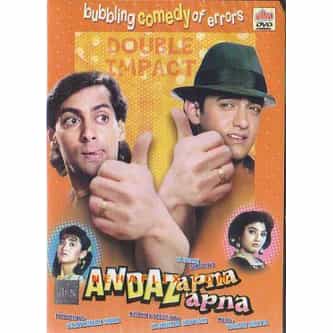 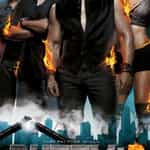 Dhoom 3: Back in Action 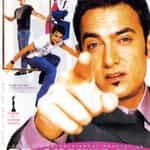 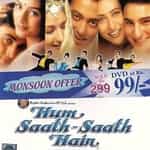 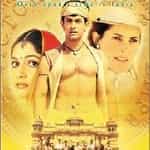 Lagaan: Once Upon a Time in India 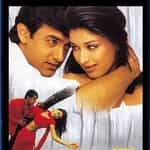 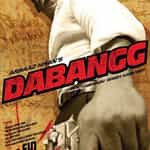 Andaz Apna Apna is a 1994 Indian Hindi comedy film directed by Rajkumar Santoshi, starring Aamir khan, Salman Khan, Raveena Tandon, Karisma Kapoor and Paresh Rawal in the lead roles. Mehmood, Govinda and Juhi Chawla make guest appearances. The film was released on 11 April 1994. The film was remade in Tamil as Ullathai Allitha. Even though the movie was an average grosser when it released, it has emerged as a cult film over the years. The film was nominated for the 1995 Filmfare Awards in ... more on Wikipedia

Andaz Apna Apna IS LISTED ON