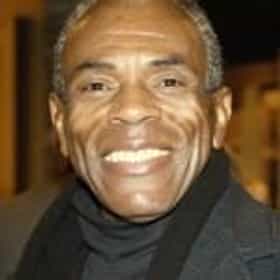 André De Shields (born January 12, 1946 in Baltimore, Maryland) is an American actor, singer, director, dancer, and choreographer. His Broadway credits include Warp!, Ain't Misbehavin', Play On!, The Full Monty, Impressionism, and the title role in The Wiz. He is currently performing on Broadway, playing the role of Hermes in the musical Hadestown. He received the Tony Award for Best Featured Actor in a Musical for Hadestown on his third nomination for that award. He has also appeared on television, and won an Primetime Emmy Award for Outstanding Individual Achievement for his performance in the 1982 NBC broadcast of Ain't Misbehavin'. ... more on Wikipedia

André DeShields is also found on...