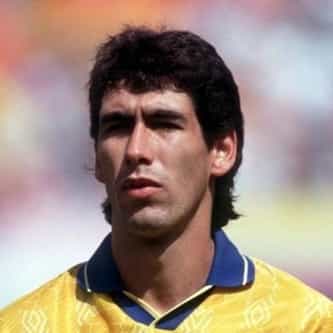 Andrés Escobar Saldarriaga (Spanish pronunciation: [anˈðɾes eskoˈβaɾ salðari'aga]; 13 March 1967 – 2 July 1994) was a Colombian footballer who played as a defender. He played for Atlético Nacional, BSC Young Boys, and the Colombia national team. Nicknamed The Gentleman, he was known for his clean style of play and calmness on the pitch.Escobar was murdered in the aftermath of the 1994 FIFA World Cup, reportedly as retaliation for having scored an own goal which ... more on Wikipedia

Andrés Escobar IS LISTED ON