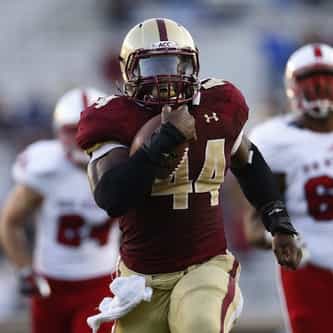 Andre Rishard Williams is an American football running back for the New York Giants of the National Football League. He was drafted by the Giants in the fourth round of the 2014 NFL Draft. He played college football at Boston College, where he was a finalist for the 2013 Heisman Trophy, and won the 2013 Doak Walker Award as the nation's best running back. During the 2013 season, Williams became only the 16th player in NCAA history to rush for over 2,000 yards and he finished his college ... more on Wikipedia

Andre Williams IS LISTED ON