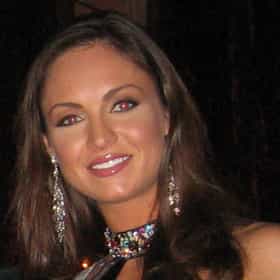 Andrea Duke is a beauty queen from Saluda, North Carolina who competed in the Miss USA pageant in April 2008. Duke won the Miss North Carolina USA 2008 title in a state pageant held in High Point, North Carolina on October 26, 2007. The previous year, she made the top ten. Duke will represent North Carolina in the nationally televised Miss USA 2008 pageant held in April 2008. Duke is a 2000 graduate of East Henderson High School and a 2005 graduate of Wofford College with a Bachelor of Arts degree in French with a philosophy minor. After graduating from East Henderson High School in 2000, Duke studied at Wofford College where she earned a Bachelor of Arts degree in French with a minor ... more on Wikipedia

Andrea Duke is also found on...