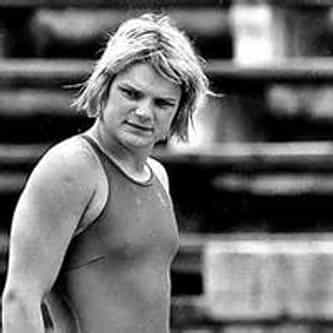 Andrea Pollack (later Pinske, 8 May 1961 – 13 March 2019) was a butterfly swimmer from East Germany who has won three Olympic gold medals. Pollack was born in 1961 in Schwerin. She was a member of SC Dynamo Berlin. She who won two gold medals at the 1976 Summer Olympics in Montreal, Quebec, Canada, at age fifteen. She won the individual 200 m butterfly and with the women's relay team in the 4×100 m medley. Pollack also collected two silver medals at the Montreal Games.Pollack won a ... more on Wikipedia

Andrea Pollack IS LISTED ON