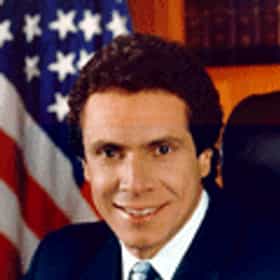 Andrew Mark Cuomo (; born December 6, 1957) is an American politician, author, and lawyer serving as the 56th governor of New York since 2011. A member of the Democratic Party, he was elected to the same position his late father, Mario Cuomo, held for three terms. Born in New York City, Cuomo is a graduate of Fordham University and Albany Law School of Union University, New York. He began his career working as the campaign manager for his father, then as an assistant district attorney in New York City before entering private law practice. He founded Housing Enterprise for the Less Privileged (HELP USA) and was appointed chair of the New York City Homeless Commission, a position he held ... more on Wikipedia

Andrew Cuomo is ranked on...

Andrew Cuomo is also found on...