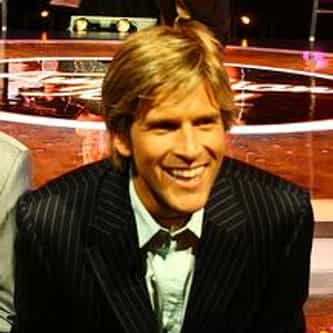 Osher Günsberg (born Andrew Günsberg), widely recognised by his former stage name Andrew G, is an Australian television and radio presenter and journalist who is best known as the host of the reality TV series The Bachelor Australia, The Bachelorette Australia, Bachelor in Paradise Australia and the narrator of the factual TV series Bondi Rescue. He is also known for his hosting roles on Channel [V], Australian Idol, Live to Dance on CBS and radio shows including Take 40 ... more on Wikipedia

Andrew Günsberg IS LISTED ON