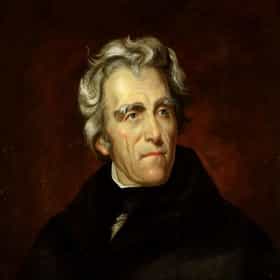 Andrew Jackson (March 15, 1767 – June 8, 1845) was an American soldier and statesman who served as the seventh president of the United States from 1829 to 1837. Before being elected to the presidency, Jackson gained fame as a general in the United States Army and served in both houses of Congress. As president, Jackson sought to advance the rights of the "common man" against a "corrupt aristocracy" and to preserve the Union. Born in the colonial Carolinas to a Scotch-Irish family in the decade before the American Revolutionary War, Jackson became a frontier lawyer and married Rachel Donelson Robards. He served briefly in the United States House of Representatives ... more on Wikipedia

Things You Never Knew About Andrew Jackson's Plantation, The Hermitage 8.7k views For a president with aggressive and destructive policies and a past as a famous military general, Andrew Jackson had a surpr...
The Wildest Stories from Inside the White House 14k votes The White House is also known as "The People's House." Over the years, the "people" have taken full adva...
Infamous Things Andrew Jackson Did That Prove He Was A Terrible President 153.5k views Andrew Jackson has a complicated legacy. On the one hand, he was a populist hero and a venerated war general. On the other h...

Andrew Jackson is ranked on...

Andrew Jackson is also found on...