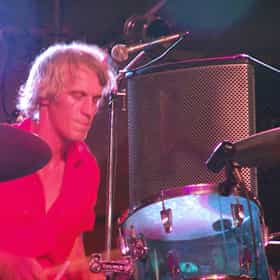 Andrew Walter Gibson Scott (born November 15, 1967) is a Canadian musician born in Ottawa, Ontario and currently living in Toronto. His first bands include No Damn Fears, Oreo Reversed, and Blackpool from Halifax, Nova Scotia. Currently, Scott is a drummer with the Toronto-based band Sloan. Scott also plays guitar and occasionally sings lead vocals with the band, usually on songs he has written. Three of his songs, "500 Up", "People of the Sky", and "I've Gotta Try" have been released by Sloan as singles. Scott is married to actress and writer Fiona Highet. They have two children—a daughter, Stirling, and a son, Alistair. Once the holder of several ... more on Wikipedia

Andrew Scott is also found on...