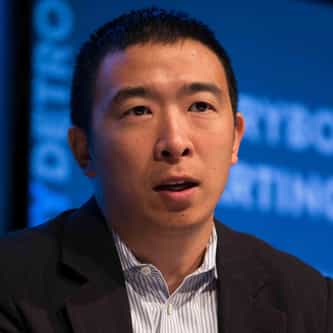 Andrew Yang (born January 13, 1975) is an American entrepreneur, the founder of Venture for America, and a 2020 Democratic presidential candidate. He has worked in startups and early stage growth companies as a founder or executive for nearly two decades and was appointed to public office in 2015 by the Obama administration as an Ambassador of Global Entrepreneurship. Yang is the author of Smart People Should Build Things and The War on Normal People, about automation of labor. In Yang's ... more on Wikipedia

Andrew Yang IS LISTED ON