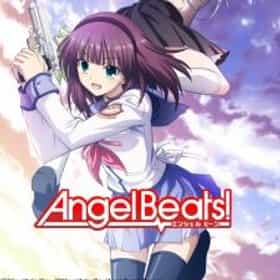 Angel Beats! is a 13-episode Japanese anime television series produced by P.A.Works and Aniplex and directed by Seiji Kishi. The story was originally conceived by Jun Maeda, who also wrote the screenplay and composed the music with the group Anant-Garde Eyes, with original character design by Na-Ga; both Maeda and Na-Ga are from the visual novel brand Key, who produced such titles as Kanon, Air, and Clannad. The anime aired in Japan between April 2 and June 25, 2010. An original video animation episode was released in December 2010, and a second OVA will be released in June 2015. The story takes place in the afterlife and focuses on Otonashi, a boy who lost his memories of his life ... more on Wikipedia

Angel Beats! is ranked on...