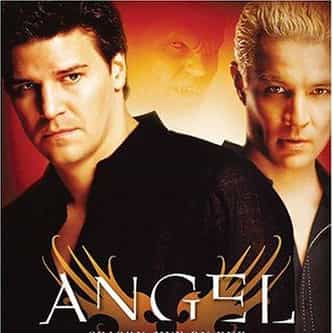 Angel is an American television series, a spin-off from the television series Buffy the Vampire Slayer. The series was created by Buffy's creator, Joss Whedon, in collaboration with David Greenwalt. It aired on The WB from October 5, 1999, to May 19, 2004, consisting of five seasons and 110 episodes. Like Buffy, it was produced by Whedon's production company, Mutant Enemy. The show details the ongoing trials of Angel, a vampire whose human soul was restored to him by gypsies as a ... more on Wikipedia

114.7k readers All Of The Behind-The-Scenes Drama From 'Buffy The Vampire Slayer' And 'Angel'

3.5k votes The Best Angel Episodes of All Time

2.4k votes The Greatest Angel Characters of All Time

Angel IS LISTED ON