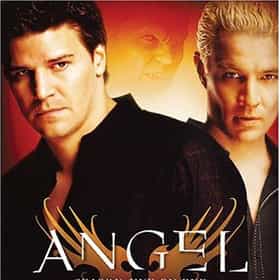 Angel is an American television series, a spin-off from the television series Buffy the Vampire Slayer. The series was created by Buffy's creator, Joss Whedon, in collaboration with David Greenwalt. It aired on The WB from October 5, 1999, to May 19, 2004, consisting of five seasons and 110 episodes. Like Buffy, it was produced by Whedon's production company, Mutant Enemy. The show details the ongoing trials of Angel, a vampire whose human soul was restored to him by gypsies as a punishment for the ending of one of their own. ... more on Wikipedia

All Of The Behind-The-Scenes Drama From 'Buffy The Vampire Slayer' And 'Angel' 110.9k views How do you properly describe Buffy the Vampire Slayer? On the one hand, it's a teen horror series about a girl who has super...
The Best Angel Episodes of All Time 3.5k votes Here is the list of the best Angel episodes, as determined by voters like you. Although Angel began as a Buffy the Vampire...
The Greatest Angel Characters of All Time 2.3k votes For this poll we've created a list of the greatest angels of all time, featuring angels you know from movies, television, vi...

Angel is ranked on...