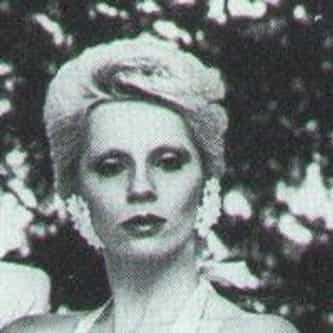 Angela Bowie (born Mary Angela Barnett; September 25, 1949) is a Cypriot-born American model, actress and journalist who, along with her ex-husband David Bowie, influenced the glam rock culture and fashion of the 1970s. She was married to English singer David Bowie (whom she assisted in conceptualizing the costumes for the Ziggy Stardust stage show) from 1970 until their divorce in 1980. The couple had one child, film director Duncan Jones. ... more on Wikipedia

Angela Bowie IS LISTED ON