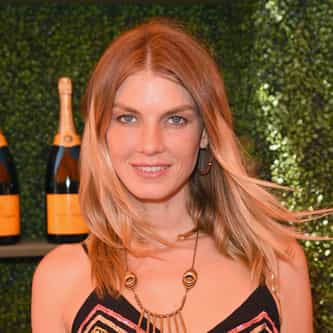 Angela Lindvall (born January 14, 1979) is an American model and actress. Lindvall was discovered by an IMG scout when she was 14 years old, and immediately signed with IMG New York. She took a break from modeling returning when she was 17 years. She was featured on the cover of Italian Vogue in 1997, photographed by Steven Meisel. She was featured on many top magazine covers in the late 1990s and the early 2000s, such as Vogue, Elle, Harper's Bazaar, Maria Claire, Numero, W, i-D, V and so ... more on Wikipedia

Angela Lindvall IS LISTED ON