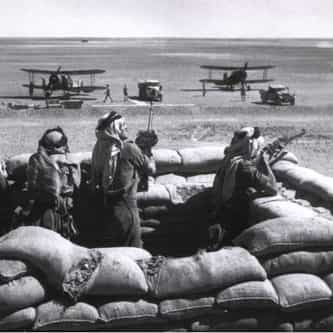 The Anglo–Iraqi War was the British campaign against the rebel government of Rashid Ali in the Kingdom of Iraq during the Second World War. Operations lasted from 2 to 31 May 1941. The campaign resulted in the re-occupation of Iraq by British armed forces and the return to power of the ousted pro-British regent of Iraq, Prince 'Abd al-Ilah. The campaign further fuelled Iraqi nationalist resentment toward the British-supported Hashemite monarchy. ... more on Wikipedia

Anglo-Iraqi War IS LISTED ON