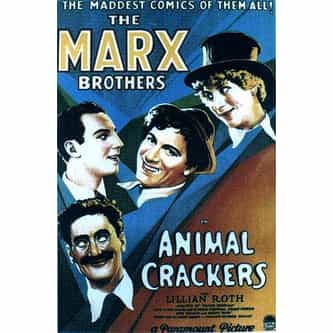 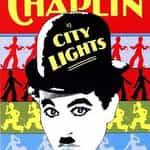 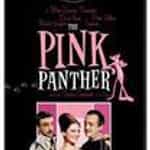 Animal Crackers is a 1930 Marx Brothers comedy film, in which mayhem and zaniness ensue when a valuable painting goes missing during a party in honor of famed African explorer Captain Spaulding. A critical and commercial success on its initial release, filming took place at Astoria Studios in Astoria, Queens; it was the second of two films the Brothers would make in New York. The film stars the four brothers, Groucho Marx, Chico Marx, Harpo Marx, and Zeppo Marx, with Lillian Roth and ... more on Wikipedia

Animal Crackers IS LISTED ON