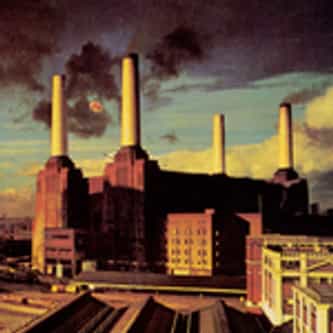 Animals is the tenth studio album by English progressive rock group Pink Floyd, released in January 1977. A concept album, it provides a scathing critique of the social-political conditions of late 1970s Britain, and presents a marked change in musical style from their earlier work. Animals was recorded at the band's studio, Britannia Row, in London, but its production was punctuated by the early signs of discord that several years later would culminate in keyboardist Richard Wright ... more on Wikipedia

Animals IS LISTED ON