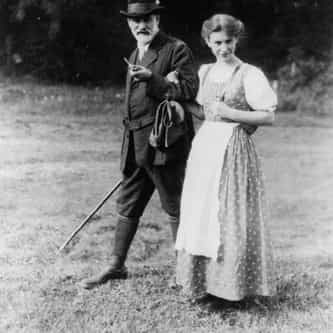 Anna Freud (3 December 1895 – 9 October 1982) was an Austrian-British psychoanalyst. She was born in Vienna, the sixth and youngest child of Sigmund Freud and Martha Bernays. She followed the path of her father and contributed to the field of psychoanalysis. Alongside Melanie Klein, she may be considered the founder of psychoanalytic child psychology.Compared to her father, her work emphasized the importance of the ego and its normal "developmental lines" as well as incorporating ... more on Wikipedia

Anna Freud IS LISTED ON