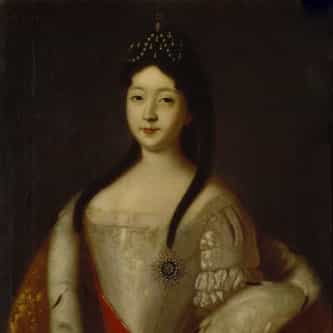 Grand Duchess Anna Petrovna of Russia, Tsesarevna of Russia (Anna Petrovna Romanova) Russian: Анна Петровна; 27 January 1708, in Moscow – 4 March 1728, in Kiel) was the elder daughter of Emperor Peter I of Russia and Empress Catherine I of Russia. Her sister, Elizabeth of Russia, ruled as Empress between 1741 and 1762. While a potential heir in the reign of her father and her mother, she never acceded to the throne due to political reasons. However, her son Peter would rule as Emperor in ... more on Wikipedia

Grand Duchess Anna Petrovna of Russia IS LISTED ON

278k VIEWS Maternal Mortality: Famous Women Who Died In Childbirth
Famous People From Russia Members of the House Of Romanov