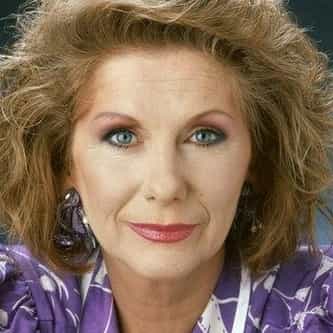 Anne Charleston (born 30 December 1942 in Melbourne) is an Australian actress, notable for her career locally, as well as in the United Kingdom, she is best known for her roles in television series and telemovies, but has also acted on stage including theatre roles and pantomimes, she is probably best known for playing the itinerant character of gravel-voiced Madge Bishop in the Australian soap opera Neighbours and Lily Butterfield in British soap Emmerdale. ... more on Wikipedia