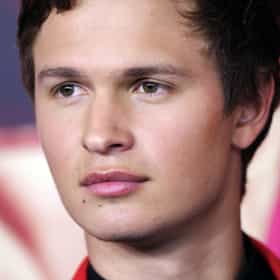 Ansel Elgort (born March 14, 1994) is an American actor, singer and DJ (under the name Ansølo). As a film actor, he played Tommy Ross in the horror film Carrie (2013), Caleb Prior in The Divergent Series franchise, Augustus Waters in the romantic teen drama The Fault in Our Stars (2014), and the title character in Edgar Wright's action thriller Baby Driver (2017), for which he received a Golden Globe Award nomination for Best Actor in a Motion Picture - Musical or Comedy. ... more on Wikipedia

Ansel Elgort Loves and Hookups 3.8k views Who is Ansel Elgort dating? Many famous women have dated Ansel Elgort, and this list will give you more details about these ...

Ansel Elgort is ranked on...

#122 of 148 Celebrities Hollywood Forced on Us 207.7k VOTES What is it with Hollywood trying its hardest to shove certain actors down everyone's throats? Now, more than ever, there are...
#60 of 80 Who Is the Coolest Actor in the World Right Now? 51.6k VOTES Of all Hollywood's popular actors today, who do you think is the coolest actor out right now? While it may be a bit subjecti...
#78 of 145 The Hottest Men Of 2020, Ranked 11.2k VOTES Another year, another time to reflect upon the hottest men to walk the Earth. These male celebrities have got it going on in...
#24 of 53 The Best New Male Artists 222.7k VOTES New male singers come from a wide variety of platforms in terms of genre, background, and style. These famous, young singers...
#36 of 36 Celebrities Who Have Even Hotter Siblings 594.7k VOTES It's kind of a given that most famous people are hot, but it still comes as a surprise whenever we see celebrities with hot ...
#30 of 90 Who Was America's Boyfriend in 2018? 64.9k VOTES There is no shortage of well-liked male celebrities in the world, so which lucky man will be America's boyfriend in 2018? Fr...
#12 of 18 Who Would Star In 'The Breakfast Club' If It Were Made Today? 35.8k VOTES What happens when you place five students from different cliques in a room together for Saturday suspension? John Hughes’ se...
#34 of 68 Celebrating The Best Young Actors Of The 2010s 1.5k VOTES Some of them may not be old enough to drink - or even drive - but the top young actors of the 2010s have managed to accompli...
#11 of 54 Everyone's Favorite New Celebrities Of 2019 67.7k VOTES Unfamiliar famous faces show up across your screens on a daily basis, strangers until they're stars, and in 2019 there seem ...
#4 of 41 The Biggest Breakout Stars of 2014 12.2k VOTES It's the end of another year, and we're all different people now than we were 12 months ago. We now know just how "Fanc...
#35 of 50 The Biggest Oscar Snubs of 2018 7k VOTES Academy Award snubs are par for the course when it comes to Oscar season. As what constitutes a snub is somewhat subjective,...
Famous Pisces Male Celebrities 22k VIEWS People born under the star sign Pisces are known for their depth of feeling and sensitivity. Their emotional creativity make...
#28 of 60 The Best Episodes of WIRED's Autocomplete Interviews 359 VOTES There's nothing like procrastinating on YouTube by watching your favorite celebrities answer questions that you may or may n...
Celebrities Who Turned 25 in 2019 4.2k VIEWS UPDATED: Check out the celebrities turning 25 in 2020! Several famous people celebrated their 25th birthdays in 2019....
Celebrities Who Are Dating Normal People 163.9k VIEWS We're all used to the Hollywood "It" couples - the Brangelinas and the Kimyes. But there's a whole group of c...

Ansel Elgort is also found on...