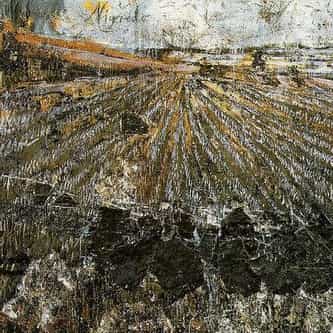 Anselm Kiefer (born 8 March 1945) is a German painter and sculptor. He studied with Joseph Beuys and Peter Dreher during the 1970s. His works incorporate materials such as straw, ash, clay, lead, and shellac. The poems of Paul Celan have played a role in developing Kiefer's themes of German history and the horror of the Holocaust, as have the spiritual concepts of Kabbalah. In his entire body of work, Kiefer argues with the past and addresses taboo and controversial issues from recent ... more on Wikipedia

Anselm Kiefer IS LISTED ON