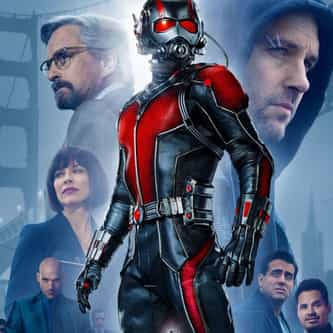 Ant-Man is a 2015 American superhero film directed by Peyton Reed, based on the Marvel Comics character. Armed with a super-suit with the astonishing ability to shrink in scale but increase in strength, cat burglar Scott Lang (Paul Rudd) must embrace his inner hero and help his mentor, Dr. Hank Pym (Michael Douglas), plan and pull off a heist that will save the world. ... more on Wikipedia

Guardians of the Galaxy Vol. 2

49.9k readers 27 Facts You Should Know About Ant-Man

93 votes The Best Ant-Man Quotes from the Movie

Ant-Man IS LISTED ON