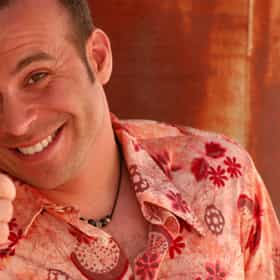 Anthony Steven Kalloniatis (born August 23, 1967) is an American stand-up comedian and actor, best known by his stage name Ant. Ant performed at comedy clubs across the USA beginning in 1991. In 1995, he was a semi-regular cast member on the WB series Unhappily Ever After, spending four seasons on the sitcom. Ant appeared as a contestant on Last Comic Standing, competing in seasons two and three.He was the host of VH1 reality series Celebrity Fit Club and was a regular judge of talent on Steve Harvey's Big Time. His television series U.S. of Ant premiered on MTV's gay-targeted Logo cable channel in the summer of 2006. Ant also frequently appeared as a commentator on shows such as VH1's ... more on Wikipedia

#18 of 23 The Funniest Gay Comedians of All Time 1.8k VOTES This list contains information about the best gay comedians, loosely ranked by user votes. The best gay male comedians com...
Famous People Of Greek Descent 375.2k VIEWS This list of famous people of Greek descent is loosely ranked by fame and popularity. Many famous people are of Greek descen...