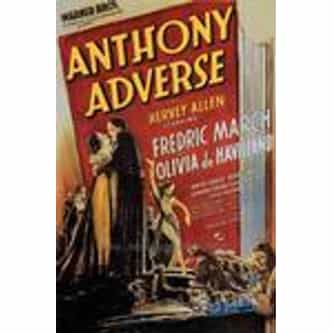 Anthony Adverse is a 1936 American epic costume drama film directed by Mervyn LeRoy and starring Fredric March and Olivia de Havilland. Based on the novel Anthony Adverse by Hervey Allen, with a screenplay by Sheridan Gibney, the film is about an orphan whose debt to the man who raised him threatens to separate him forever from the woman he loves. The film received four Academy Awards. Among the four Academy Awards that Anthony Adverse won, Gale Sondergaard was awarded the inaugural ... more on Wikipedia

Anthony Adverse IS LISTED ON