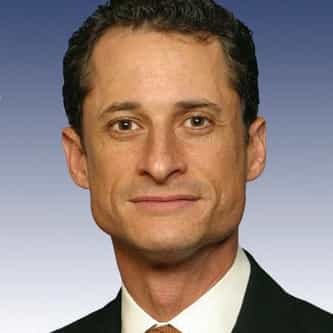 Anthony David Weiner (; born September 4, 1964) is an American former Democratic congressman who represented New York's 9th congressional district from January 1999 until June 2011. He won seven terms as a Democrat, never receiving less than 60% of the vote. Weiner resigned from Congress in June 2011 after an incident in which a sexually suggestive photo that he sent to a woman via Twitter was captured and publicized. On May 19, 2017, Weiner pled guilty to another, unrelated sexting charge ... more on Wikipedia

Anthony D. Weiner IS LISTED ON