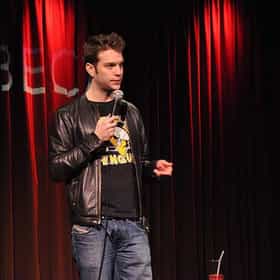 Anthony Jeselnik ( JES-əl-nik; born December 22, 1978) is an American comedian, writer, actor, and producer. He is known for his dark comedy style, which emphasizes ironic misdirection, non sequiturs, biting insults, an arrogant demeanor, and a stage persona that frequently takes amoral stances. Jeselnik was a writer for Late Night with Jimmy Fallon in its first season and hosted a Comedy Central Presents in 2009. After releasing his critically acclaimed debut album Shakespeare in 2010, he began writing for the Comedy Central Roasts and moved up to performer in the 2011 roast of Donald Trump. He continued to perform on the roasts of Charlie Sheen and Roseanne Barr in 2012. In 2013, he ... more on Wikipedia

Anthony Jeselnik is ranked on...

Anthony Jeselnik is also found on...