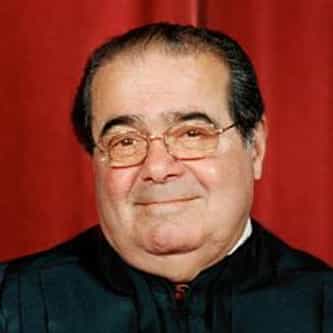 Antonin Gregory Scalia ( (listen) AN-tə-nin skə-LEE-ə; March 11, 1936 – February 13, 2016) was an Associate Justice of the Supreme Court of the United States from 1986 until his death in 2016. He was described as the intellectual anchor for the originalist and textualist position in the Court's conservative wing. For catalyzing an originalist and textualist movement in American law, he has been described as one of the most influential jurists of the twentieth century. Scalia was ... more on Wikipedia

Antonin Scalia IS LISTED ON