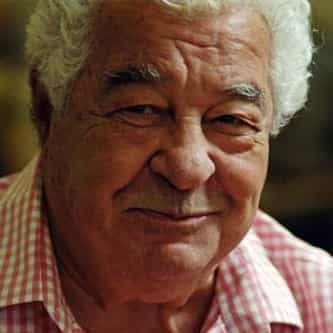 Antonio Carluccio, OBE OMRI (Italian pronunciation: [anˈtɔːnjo karˈluttʃo]; 19 April 1937 – 8 November 2017) was an Italian chef, restaurateur and food expert, based in London. He has been called "the godfather of Italian gastronomy", with a career of more than 50 years. He is perhaps best known for his television appearances, including his partnership with fellow Italian chef Gennaro Contaldo, and their BBC Two television series Two Greedy Italians. Carluccio died on 8 November ... more on Wikipedia

Antonio Carluccio IS LISTED ON